Fiction genres are a selective taste among readers the world over, with the fantasy genre being a widely adored contender. When I began my writing journey, I never would have imagined that I would be asked more about where my ideas for my fantasy novels spring from than my thriller novels. My answer always felt boring to me—from my imagination—as fantasy is rooted in all things otherworldly. I have no control over my imagination. I don’t know why it conjures the people and places that it does. For this reason, the truth has always been more fascinating to me than fantasy.

Tangible, cold hard truths, amazing feats, courage, sacrifice, culture, history, complicated relationships, love and loss about people who have lived and walked this earth are the stuff of other-than-the-fantasy genre. I didn’t plan it, but once I decided to seriously pursue seeing the Trinity Missions published, I wanted to accept the challenge of writing about those truths. 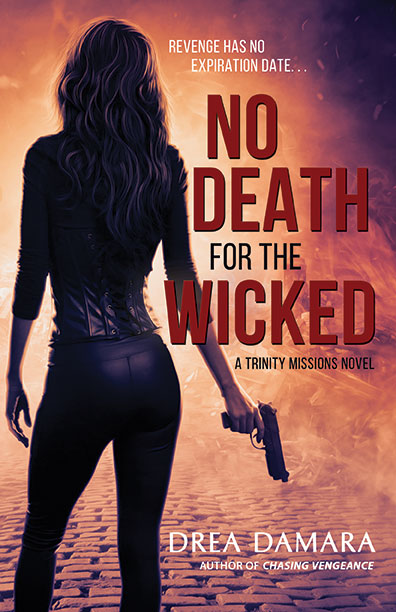 A Sprout
Where do ideas come from? We’ve all heard that question. I will never understand why the idea for the Trinity Missions came to me well before I ventured into the world of intelligence operations. I was twenty-one and working my way through junior college. Working my way through it is an understatement. I had three jobs and had to get a waiver signed to assure the college counselor that I could handle more than a full-time load of courses. I developed film, helped run my family’s produce farm, and worked at a liquor store. There was little time for recreation, but in the wee precious hours to myself, I wrote story ideas in composition journals.

My English professor that semester returned everyone’s final papers on the last day of class. She stood by the door and handed each person’s composition to them and bid them farewell. I remember watching everyone go out the door ahead of me as I stood waiting to be called. She gave me a few unreadable glances and I began to wonder if she was holding me off until last to tell me how awful my paper was. I approached unbidden when I saw that I was the last student in the room. I reached to take my paper from her and she grasped onto it tightly. She said, “You need to become a writer. No matter what you do in life, don’t stop writing.” I don’t remember what else she said, but that’s the part that stuck with me and the sense of urgency behind her words. For me, that moment, was when I began to turn my ideas into plots, my plots into stories. I wrote two stories that summer and one of them was the first draft of Chasing Vengeance, the first in my Trinity Missions series. I kept dreaming about two enemies that continually crossed paths, neither knowing who the other was. That’s how this series began. I feel that each story I write now begins as a sprout, poking its first little leaf out of the dirt.

The Evolution of a Sprout

Fast forward and save the drama for the novels, I enlisted in the Army later that year, 2003. I wanted to learn a foreign language and serve my country. There were only two options available to do both—become a military linguist or an interrogator. I was very shy and lacked self-confidence, so I didn’t think I had what it took to be an interrogator, as my only opinion of what that entailed was from television. I enlisted as a military linguist, hoping that I could choose to learn Russian when the time came to get my language assignment. I was a child of the Cold War, the third generation of Polish immigrants, and was intrigued by the ongoing conflicts in Chechnya. I was also a fool. The Army took one look at my foreign language aptitude scores and decided I had the capability to learn Arabic.

I studied Arabic eight hours a day, five days a week for a year at a military school. Halfway through the training everyone at the school was called into an auditorium where we were told that the Army needed interrogators. They asked for all of us who had enlisted as military linguists to voluntarily transfer to the interrogator job classification with follow-on interrogation training after we completed our language training. We all knew why. Two weeks prior the news broadcasts were flooded with images of interrogators torturing Iraqi detainees at Abu Ghraib prison. The Army was cleaning house and needed new blood to replace the defects. Of the three hundred some military linguists in the auditorium that day, only two people raised their hands to volunteer to become interrogators. I was one of them. I remember a classmate whispering to me, “Don’t do it. You’ll have to go to combat and talk to the enemy.” All I remember thinking was what in the hell is the point of me learning Arabic if I can’t use it to talk to people who speak Arabic? Maybe I could do some good.

Read an excerpt of No Death for the Wicked

Baghdad—2007
I worked sixteen hour days, seven days a week while I was deployed to Baghdad. The wee precious hours to myself arose again. I would have spent them sleeping, but if you’ve ever been to a combat zone where the entire world seems like it’s constantly exploding around you, there is no mastering the art of sleeping. The medics doled out Ativan like they were Tic Tacs to nearly everyone in our unit, but I refused to be drugged. After my shift, I sat outside the tin-sided trailer I shared with nine other women and basked in the glow of my laptop, resurrecting the stories I had scribbled into composition several years prior. Occasionally an MP would come by and yell at me to get inside my trailer during a mortar attack and I would grudgingly comply without telling him that the measly tin siding wasn’t going to spare my life should it be my unlucky night. The smell of sewage, burning oil, and the heat of the day would make me dry heave on my trek to the prison. At night I reveled in the cool desert air when the temperature would drop some forty or fifty degrees. I daydreamed of snow, the dampness of winter invading my lungs—anything but sand and dry heat. I needed a story to hold onto that had all of those elements.

What Will You Do?
What will you do after the war? It was a question I’d heard many of my fellow soldiers kick around. I couldn’t imagine doing anything else. I loved my job. I hated all the evil in the world that it exposed me to, but I loved my job. I’d finally found something I was good at, really good at. I was supposed to be there. I had no attachments. I was expendable. I was the perfect type of person for intelligence work. What would I do after the war? I hated how policy makers influenced what we were doing and the way we had to do it while I was overseas. I imagined the ideal working environment would be a private intelligence organization, but none such existed that anyone knew about. So I created my own—Trinity.

It Could Happen
Was it far-fetched to think that a private intelligence organization could exist? Could it be successful? After doing and seeing what I had, the answer was—not at all, if done right. And as far as writing fiction about the espionage world, what would make my story special? What would make it different? In all of the film and fiction I had been exposed to there seemed to be little emphasis on what life was like for intelligence operatives—what it was really like.

Read an excerpt of Chasing Vengeance

What It’s Really Like
It’s lonely. I don’t mean that you long for company. You don’t—you can’t. It’s a weakness if you do. I mean that it is a lonely life. You have no to little social community except for the other operatives you work with, but they are usually busy with their own missions or agendas. Any interaction you have with them is work-related. You might go weeks or months without seeing some of them, wondering if they’re alive. It’s having eyes in the back of your head everywhere you go. It’s packing light and not having a past. Throw your pictures out. Don’t keep any letters. Always be prepared to live the life you’ve created where you sleep should someone break in and get access to your possessions. Could they use the things you keep against you? If they could, destroy those things. That’s what I mean by lonely. You’re a body with clothes, that’s all. You’re a machine. Wake up, work, repeat. You don’t have the luxury of being a typical human. If you can’t handle that, if you’re the slightest bit needy—don’t do it.

Your mind is also on overdrive, connecting dots. Does this source know this person? This terrorist has been to this location and so has this one, did they ever work together? This type of bombing has happened in these three provinces—is it the same cell? Someone’s planning an attack on a government building—which one? How much time do you have to find out? If my location is compromised what will be my egress route? What will be my secondary egress route? Connect…the…dots. These are the things that keep you up at night. Don’t take the Ativan. Stay sharp, pony boy.

Crickets
Back in my Army days when the guys were asking each other what they wanted to do after the war, one of them said all he wanted was crickets. Everyone laughed but me. I knew what he meant. He wanted to sit on his porch and listen to the crickets. He wanted peace.

It’s baffling to me sometimes when I think back on what I used to do, on the places I’ve been, the things I’ve seen and done. Who was she, I ask myself. I can’t believe she made it, I sometimes think. And thank God she made it, always. There’s a time and a place and a reason for everything. I don’t know why, but I figure that’s was what I was supposed to be doing then. And now? Well, now I sit on my porch, listening to the crickets, watching my daughter play, surrounded by the love of my family and a little bit of peace. I’m doing what I’m supposed to be doing today. When I remember glimpses of who that other woman I was long ago, I open up my laptop and write about her. 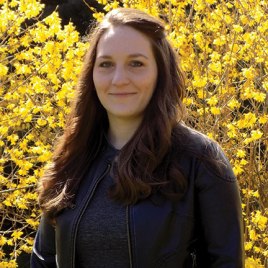 Drea Damara grew up in Illinois working on her family’s farm. Raised in a home of seven with only one television, she spent her free time reading and roaming the woods. She set writing aside to join the Army and later returned to the Middle East, conducting similar work as a civilian. Drea enjoys writing in multiple genres and is currently at work on her next novel.

To learn more about her books, including her Blinney Lane fantasy series, visit her author page.