Debut author Karen Wolff shares what life was like post-WWI and the inspiration behind her new coming-of-age novel The Green Years.

About the book: When eight-year-old Harry Spencer’s father returns from WWI with a missing arm, his father’s bitterness shatters their relationship. Though confused and brokenhearted, Harry is determined to make something of himself. Endeavoring with heart and sometimes-humorous results, he sets out on his path in life, working in his granddad’s store, selling medicinal salves, washing windows, and falling in love.

This historical coming-of-age story set against the backdrop of small-town life will tug at your heartstrings as Harry discovers who he is, who his father is, and how to heal the past.

What inspired you to write The Green Years? My father was the inspiration. He entertained us with stories of his childhood–how he learned to swim when he was thrown into Brule Creek, how he and his friends put a baby buggy on a church steeple on Halloween. I treasured his sense of humor, but I wanted my book to be more than a series of anecdotes. I wanted to create a protagonist who was imbued with that same love of fun as my dad, but one who was also coupled with big dreams and ambitions.

What message would you like readers to take away after reading it? What influences shape a person’s character and determine a life trajectory? Harry Spencer knew from an early age what he wanted: to have $1000 by the time he was twenty-one, to have clothes and a house like other boys, and to be somebody in this world. In spite of the odds stacked against him–poverty and isolation, his lack of a father, he develops a gritty resolve to make his way. His character becomes his destiny.

Do you ever base your characters on real people or are they always completely fictional? Most of my characters are composites of people I have known or heard about, but several are totally made-up. Rufus Laycock, the organizer for the KKK, is one example.

Tell us more about Harry Spencer, the main character. I love Harry as if he were my own son. One of my challenges was to make him a real boy capable of devilment and selfishness when my maternal instincts wanted him to be a paragon of behavior.

What themes are explored? Although the specter of WWI hangs over this story, the Roaring 20s are very much alive in South Dakota where Harry Spencer lives with his grandparents. He thrills to this new world of electric lights, Model Ts, and radio, but when his father returns from WWI France, shell-shocked and disabled, his world is shattered. The Ku Klux Klan appears in their community, and Harry fears his father has joined. When the Klan tries to burn down the family store, Harry’s disgust towards him turns to hatred. He drops out of high school and follows Carol Ann, the girl he loves, to Kansas City where his wish to make a financial success of himself seems possible. But, even there, his father’s sins continue to haunt him.

What is your favorite scene in the book? I love the scene at the Chicago House Hotel in Sioux City when Harry waits while his grandfather buys beer from a gangster. Harry is smitten with a piano-playing women in a red dress, and then is scared out of his mind when a preacher and the police burst in to arrest bootleggers. Harry absorbs a lot of adult information in those swift moments!

Photo by Steve Johnson on Pexels.com

What was South Dakota like post-WWI? Like the rest of the country, South Dakota celebrated the end of WWI in an ebullient mood. The economy began to improve. People bought automobiles and were able to travel a bit. Electricity reached at least those in the eastern part of the state though it would be well into the 1940s before the Rural Electrification Act made electricity available throughout the state.  In my book, I describe the thrill people felt as they turned on light bulbs, fans, irons, and the like for the first time in their lives. But it was radio that opened up the world for them. The clear channel station WNAX in Yankton could be heard across the entire country. Listeners heard newscasts, broadcasts of baseball games, and enjoyed music in their own homes. North Dakota-born Lawrence Welk and his Hotsy Totsy Boys provided live music for WNAX for several years, and in my story the band played for the July 4th celebration at River Sioux, a dance hall and roller skating rink on the Big Sioux river.

Jazz became pervasive, and the new dances it spawned such as the Charleston, the Lindy Hop, and the Black Bottom were hugely popular especially with young people, though the older generations did not always approve. Movie theaters showcased the great silent stars such as Buster Keaton, Irene Castle, and Douglas Fairbanks.

One of the strangest anomalies to occur in South Dakota was the resurgence of the Ku Klux Klan. This organization whose primary mission of white supremacy took root in a state that was, except for Native Americans, nearly 100 percent white is mind-blowing, Organizations to promote social causes were common in that era with their secret handshakes and passwords. They provided a sense of community, especially in a state where people were so widely spread apart, and they were generally harmless. But the KKK was different. In South Dakota, the KKK directed its animus toward Catholics and the foreign born, especially Jews who were few in number in the 20s. They also sided with Prohibition as on the “dry” side. In my story the fact that Granddad Didier was French born and a “wet” made him an easy target for the Klan. This was delicious material for a novelist and allowed me to show the tensions among the Klan, the “wets” and the “drys” and their effect on a growing boy.

How did WWI affect rural life in the Midwest? Feelings ran high against Germany. The government printed posters to “Stamp out Kaiser Bill” and the like and pasted them up wherever the public gathered. Most people responded to the push to buy War Bonds, but things went hard against people who were not considered to be doing their share. In my book I describe one farmer who got his mailbox painted yellow because folks thought he hadn’t contributed enough to the war effort. Some men with German-sounding names were suspected of being disloyal to the U.S. especially if they found ways to avoid the draft.

South Dakota is an agrarian state. During these years many farms were neglected or poorly managed due to the absence of men who joined the military. Sometimes the farmwives had to take over care of the animals and crops in addition to raising their children and keeping house. Families were disrupted. In my book, Harry and his sister were sent to be cared for by their grandmother, and their three older brothers went to live with relatives some distance away so their father could join the army. Letters home were rare and didn’t do much to relieve their recipients’ worries. When servicemen began to trickle back from the war zones with their wounds and stories from the front, people began to realize the true cost of war and were relieved when the armistice was finally signed.

Is everything you write historically based? No. I do, however, enjoy doing the research to provide background for the things I write. I love poking around in libraries. For instance, I had to learn about how electrical lines where installed during the time period The Green Years takes place in. That was all new to me.

What is you all-time favorite book, and why? I wore out Johanna Spyri’s Heidi when I was eight or nine. I cried every time I read it. I have loved many books since then, but none affected me more.

What’s your next book about? It’s a true crime story about two girls who disappear on their way to a graduation party. It is entirely serendipitous that the setting is in the same South Dakota county as The Green Years.

Read the first three chapters of The Green Years

Praise for The Green Years

“…an entertaining story featuring an entrepreneur and dynamic young man who seems the personification of the American Dream.” — Maria, Goodreads and NetGalley reviewer

Purchase direct from the publisher and help support independent presses

Available for purchase in both hardcover or softcover in our online store. Both editions available at 15% off!

Download our promotional materials to promote this book at your location. 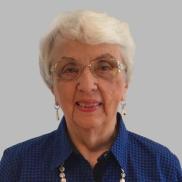 Karen Lias Wolff wrote her debut novel, The Green Years, after a career as a music educator and university administrator. She has also written several short stories. Her novella, A Prairie Riff, is a fictionalized account of her grandmother’s early life. Her non-fiction articles and speeches have appeared in journals and trade magazines. She served as a presidential appointee on the National Council of the NEA for six years. Wolff lives in Ann Arbor, Michigan, where she is at work on her next book, a true crime story.

To learn more about The Green Years and other titles available from BHC Press, visit our website.