Author Brenda Davies discusses her new novel Along Came a Soldier and shares what life was like for the people of Cornwall in 1820.

“…well written and suspenseful. If you enjoy murder mysteries, historical fiction, and a good love story I would recommend this book.” — Laurel, Goodreads Reviewer

About Along Came a Soldier: Set in the village of St. Merryn, Cornwall in 1820, Charity Perrow lives a sheltered life and finds herself torn between love and loyalty to her family when she falls for Jethro Ennor, who is from a rival family. Meanwhile, a battle-scarred redcoat lurks in the woods, struggling with his sanity and seeking revenge. When a villager is murdered, the suspicion falls on Jethro. Now Charity must risk everything, including being disowned by her family, to prove his innocence and save him from the gallows. But as Charity hunts for the truth, she begins to uncover secrets over a decade old—secrets that will change everything.

1. What was the inspiration for the novel?

Firstly, the place. My book is set in St. Merryn, Cornwall, and the surrounding area, somewhere I know and love and have been visiting since a child. Secondly, my dad. He just mentioned in passing one day that he’d like to read about a soldier who’d fought in the Battle of Waterloo. Well, this one is for you Dad, although I’m not sure he’ll be expecting Henry, the character I’ve created, who suffers from PTSD amongst other things. I love writing historical fiction and immersing myself in history. I’d been reading about the Battle of Waterloo, and it struck me that although no one knew about PTSD at that time, that does not mean that it didn’t exist. How did men walk away from such battles with their minds intact?

2. Who was your favourite character to write and why?

It has to be Henry, the battle-scarred soldier. He was a difficult character to get right and is easily misunderstood. He spent fifteen years of his life as a soldier, fighting for the British Army in the Napoleonic Wars. Life as a foot soldier was disciplined and harsh. Many of the soldiers had joined to escape a life of poverty, but for others, it was a reprieve from hanging or deportation. To maintain control of what could have been an unruly bunch of men, they were trained with regular drills and exercise. Life was harsh and any misdemeanours were punished, usually by flogging. The battles they encountered were brutal, and if men did not die in battle, they often succumbed to their wounds or disease. Henry would have seen hand-to-hand combat and cannon fire that filled the air with man-made thunder. The Battle of Waterloo in 1815 was a blood-soaked nightmare, and afterward the valley floor was littered with dead and dying men and horses. When Henry returned to St. Merryn, he was a broken man haunted by the ghosts of these dead soldiers. The revenge he inflicted was ruthless, but this was a man who had seen so much death it had damaged his mind.

3. Are any of your characters based on real people?

What I love are people’s voices, the different ways of speaking, and the sound of a voice. I take a voice I like, could be a friend or from the radio or TV, and the character I create will fit the voice I hear in my head. I also have a female character called Grace Partridge, the bonesetter. Grace is partly based on a historic figure that I read about called Mrs. Mapp, the bonesetter of Epsom. Mrs. Mapp’s father was a bonesetter, and he passed his knowledge on to his daughter. She was good at her work; although her knowledge of anatomy was only basic, she had ‘the knack’ for bones and she had the strength required to pull and manipulate dislocated joints.

My character was also taught everything she knows by her father. She is not only the bonesetter, but she is also the village herbalist and midwife. A large lady who is strong and capable and formidable, who sees it as her duty to care for the villagers and anyone else who may ask for her help. At a time when women were home keepers, Grace is the exception. A widow, she lives on her own and is very much in control of her destiny. Even in the early 1800s, strong women did exist and Grace is one such example.

My grandfather was Cornish, and I have been going to Cornwall for holidays since I was a child. I particularly love the St. Merryn area and I know it well. Writing about the setting was a very important aspect of my book, and so knowing it helped with writing the descriptive scenes. 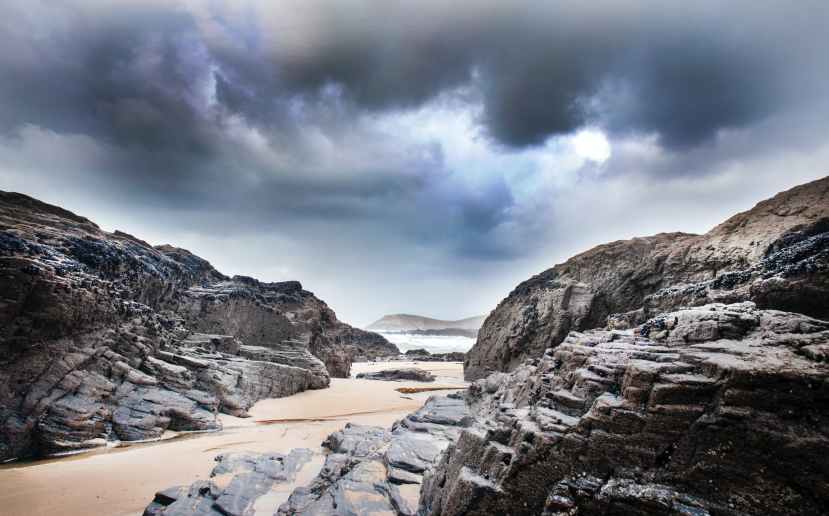 5. What is it about writing historical fiction that you enjoy the most?

I love writing historical fiction and making the past come alive, and I discovered that the British Newspaper Archive holds many historic newspapers that can be read online, including The West Briton, Cornwall’s principal county newspaper at the time.

I was fascinated to read true stories that ranged from press gangs to hangings at the ‘county drop’ in Bodmin, wife selling, and body-snatching. The list of stories is endless, as are the many characters that appeared in the papers, some on a regular basis. It was a time of highway robbers and simple beliefs in curses and witches and wizards.

The skill in writing about the past is to bring it believably alive without making it a history text. Most of the research I do will be valuable for me as a writer, so I can imagine the world I’m creating, but it doesn’t necessarily make it into the book.

“…this did not disappoint…If you love historical fiction that brings the times alive and is honest and dark and tender, you’ll love this.” — Perrow, Goodreads Reviewer

I prefer to write about the working class and the struggles they had. Many labourers could not read or write, and their belief in superstition was strong. If crops failed or animals died, they usually sought the help of a scatterer of witch spells instead of looking to remedies for disease or sickness. There are many stories of boys as young as ten being sent to prison and whipped, just for stealing sweets, and the threats of typhus or other diseases that could wipe out whole families were ever-present. I may not tell the reader all of this, but I do need the reader to see the characters in the setting of 1820. My characters may not react the way you or I would. They cannot consult the internet or even a book, they did not have television or radio, and they made their own entertainment if they had the time. Villages would often set themselves against each other just for fun, and the clashes between them were often violent.

The people were simple and uneducated and often small-minded. They had pockmarked faces and rotten black teeth, lice and nits, and crabs were common, so was disease and accidents; health and safety did not exist. You grabbed at life, at what was offered, knowing that life was often short.

So my book tries to reflect these times. I do cover the violence that occurred and the different ways people died, but these are true newspaper stories that I have incorporated into my own. Times were tough and I want my book to show this.

At the same time, I do believe that friendship and love and loyalty were always present. In villages where everyone knew everyone, friends did come together and help each other, and loyalty and bonds were strong.

6. If you were asked to compare your writing style to another writer, who would that be?

I’d like to say Bernard Cornwell because his books are full of historical facts and information without sounding like history textbooks. His stories are fantastic. I have a quote from him that says, ‘When I had written two or three books, I learned that style is something that can be applied at the later stages of writing. The most important thing, the all-important thing, is to get the story right.’ I can’t argue with that.

7. Are you currently working on a new novel? Tell us more (no spoilers).

I’m well into my next novel, also historical and also set in Cornwall. This one will be written in the first person POV, present tense, and I love it so far. Yet again, my characters have changed the original story I had planned and are taking me on an adventure. This adventure involves unexplained murders, smuggling, and betrayal.

Read an Excerpt of Along Came a Soldier

Available at Barnes & Noble, Waterstones, Amazon, and other fine retailers. Visit our website for more retailers and purchasing options.

Purchase direct from our online store at Bookshop.org and help support your local independent bookstores!

Brenda Davies can trace her Cornish heritage back to the 17th century and this, together with many happy childhood holidays spent in Cornwall, inspired her to write her historical suspense novel set in Cornwall.

Now retired and living in Bristol, England, she loves whiskey, chocolate, going to the theatre and losing herself in a good book, but most of all she loves to indulge her passion of history and all things Cornish by delving into the past and bringing it alive for the reader to experience.

Visit our website to learn more about Along Came a Soldier and other titles available from BHC Press.