The latest novel by the award-winning author of Hood Academy is here! Author Shelley Wilson discusses the inspiration behind The Phantom’s Curse and her love for writing.

About The Phantom’s Curse: An old evil threatens to rise from the depths of the warded city…

Sixteen-year-old Marianne lives a simple life as a healer in the Link, looking after her younger brother since their parents’ exile. Little does she know how everything will change after attending the blessing in the city of Obanac. After her brother is wrongfully imprisoned, Marianne seeks his release from Crawford Reign, the Lord of Obanac. But she’s faced with an impossible choice—the lord wants her in exchange. To save her brother she turns to the daring outlaw Robbie and his friends for help. Along with the help of Theo, the holy man’s son, a daring rescue soon uncovers rumors of an old sorcerer who may still live and whispers of the phantom’s curse—an evil that requires a host and seeks to destroy the world—threatening to resurface.

With the threat of an old evil rising in Obanac and the attacks of the Black Riders throughout the realm, nowhere seems safe. To save the people of the land and everyone she cares about, Marianne must unlock the secret to who she really is and embrace the mage magic that stirs within her.

What was the inspiration for the novel?

Fantasy is an escape for me. It’s a place where that single mum of three/business owner/bill payer can shed any responsibility for a short while and become the heroine of a story. I’ve always been like that, even as a kid. My favourite books were The Lion, the Witch, and the Wardrobe, The Folk of the Faraway Tree, The Worst Witch, and many more. That longing to escape into other realms, worlds, or even outer space still inspires me today. The Phantom’s Curse idea came to me as I sat in the grounds of Kenilworth Castle, a beautiful English Heritage site close to where I live, watching a group of young school children charge across the grass waving pretend swords in the air. In my mind, the characters began popping up and fighting for their friends and family. I rushed home and started plotting the story that night.

Who was your favourite character to write and why?

Ooh, that’s a tough one! I loved writing Maz, but I must say that my favourite character to write was probably Newt. He’s this innocent young boy who doesn’t understand the politics and just wants to play with his friends and have fun. Newt is pivotal to the story line, although we don’t see that much of him. In hindsight, I wish I’d given him a more significant role–and maybe a sword!

All your novels feature very independent, butt-kicking girls as the lead character. Can you compare Maz from The Phantom’s Curse to Mia (Hood Academy) and Amber (The Guardians Series)?

Growing up, I gave my personal power away to bullies and my peers far too quickly. It’s taken a long time to learn to believe in myself. All my characters have an element of the old me in them. I must show girls how strong they can be, and having a daughter makes that even more important.

Maz (The Phantom’s Curse) is shy, quiet, and caring, and had to take on adult responsibilities at a young age which has left her guarded. Mia (Hood Academy) is sullen, reflective, and moody due to living with an abusive parent. Amber (The Guardian Series) is naïve, unsure of herself, and grieving the loss of her mum. All of them learn how powerful they can be, the true meaning of loyalty and friendship, and that standing up for what you believe in is what matters.

Are you a fan of the story of Robin Hood and is that why you chose to loosely base this on that story?

I’m obsessed with Robin Hood! When I was eleven, a new British television show called Robin of Sherwood hit our screens. It was written by the late Richard Carpenter and starred Michael Praed, Judi Trott, Ray Winstone, and Jason Connery. I loved that show! It only ran for two years, but it has stayed with me throughout my life. The myth of Robin Hood has always fascinated me, to the extent that I’ve camped in Sherwood Forest with my children, visited Majors Oak, the alleged tree where Robin and his Merry Men rested, and read any books on the topic I can find.

To say that Robin Hood influenced The Phantom’s Curse is spot on, but as with all my novels, the female main character is always the heroine, so “Robin” had to step aside and let Maid Marion shine. Maz is loosely based on this character, and it’s her that leads the merry men into battle. I don’t think Robin Hood ever had to contend with sorcerers or fiery demons though!

All your novels are geared to the older teen reader, but this book is also perfect for middle-grade and young teen readers. Was this something you did on purpose or was it a happy accident?

It’s so interesting that you’ve picked up on this. I think it was a subliminal accident! A couple of years ago, I had a book stand at a Christmas fair in my hometown. I love these kinds of events as I get to meet my readers face-to-face. At this particular event, my stand was visited by a steady stream of eleven-year-old boys and their parents. They stopped to chat about my books and characters, and those who had read my books told me how much they loved the stories, especially the action scenes. It was fascinating to discover my books appeal to a younger male audience. My nephew is nearly eleven, and I tested the waters by asking him to read The Phantom’s Curse for me. He said it was his favourite book EVER! Reviews don’t get much better than that! I’m delighted that a younger teen audience can enjoy this novel, and hopefully, it will inspire them to read more fantasy or write a story of their own.

What is it about writing for teens you like writing about most?

I’m an avid reader, and before I started writing I would devour horror novels (James Herbert and Stephen King were my favourites). After becoming a single mum to three small children following my divorce, I searched for a new genre as I was no longer feeling the horror vibe at that time. I stumbled across the young adult section in my local bookshop and picked up Shiver by Maggie Stiefvater. I was hooked! I loved how it took me back to my youth, and all the issues I’d had back then. Seeing it through adult eyes was fascinating.

YA is fast-paced, something I adore in my reading and also writing. I want to be swept away by the first page and jostled along, stopping for a brief moment to catch my breath, before hurtling toward the finish. I only read YA novels now and love some of the new authors who are releasing influential books, The Deathless Girls by Kiran Millwood Hargrave jumps to mind. Writing for an audience who are still finding their feet, learning about themselves and the world, and who aren’t afraid to talk about what matters is why I love writing for teens.

“With a compelling story line and interesting characters this was a quick, entertaining read.” — For the Love of Reading

Have you ever considered writing a novel geared to adults?

I get asked this all the time by my friends who don’t read YA or fantasy! They want me to write a romance, which makes me giggle as I’ve been single for sixteen years and can’t remember how to be romantic!

My nonfiction books are written for an adult audience, and for the moment I’m happy to stick with that. Besides, I’ve got far too many YA novel ideas to write about without thinking about anything else!

Never say never though, as nobody knows what the future holds.

You have written a bit of horror, a bit of fantasy, and now a bit of adventure. What is your favourite and why?

Another tough question. I’ve enjoyed writing the action and adventure novels and love the world-building element of fantasy. Being able to create monsters out of fire or team up with dragons certainly appeals to my inner teen. However, the supernatural/paranormal horror style is where I feel most at home. Perhaps it’s because I prefer these types of books and movies. My friends will often recommend a television show to me, and my immediate response is “does it have a werewolf in it?”

There’s something hypnotic about mythical creatures and the horrors they inflict from their world of darkness.

As a writer of five novels and five nonfiction books, what is the best advice you could give a young writer?

Grab yourself a notebook or journal and write down all your ideas in it. Jot down any dialogue or prose you read in your favourite books and add a note for yourself to say why you liked it. Read, read, read. Never compare yourself to other writers; aspire to be like them but don’t copy. Find your unique writing voice. Don’t give up, and write what you love.

Tell us about your next novel? Tell us more (no spoilers).

My next YA novel is The Last Princess, and I’m so excited to share Edith’s story. I had so much fun writing this book and doing the research for it. Although it’s for teen readers, it’s also got an element of historical fiction which is something I’ve never done before. I’m equally excited and petrified to see the reaction. The Last Princess is set in AD 866 and tells the story of Edith, a Northumbrian princess.

Here’s a tiny teaser. When a King is usurped and a kingdom stolen, Edith, the Last Princess of Northumbria must fight to reclaim her father’s crown, but when she is sold into slavery and bought by a Viking Jarl, she fears that her revenge will never be fulfilled. Can she do what must be done? And will the Vikings let her leave?

Read an Excerpt of The Phantom’s Curse:

Available at Barnes & Noble, Waterstones, Amazon, and other fine retailers. Visit our website for more retailers and purchasing options.

Purchase direct from our online store at Bookshop.org and help support your local independent bookstores!

Visit Shelley Wilson’s website for information on her books, blog, and upcoming events! 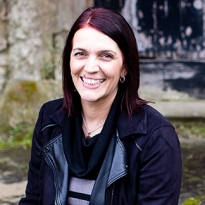 Shelley Wilson divides her writing time between motivational non-fiction for adults and the fantasy worlds of her young adult fiction.

Her non-fiction books combine motivation and self-help with a healthy dose of humour, and her YA novels combine myth, legend and fairy tales with a side order of demonic chaos.

Shelley is an obsessive list maker who loves pizza, vampires, mythology, and history. She resides in Solihull, West Midlands, UK, where she lives with her three teenagers.

Visit our website to learn more about The Phantom’s Curse and other titles available from BHC Press.